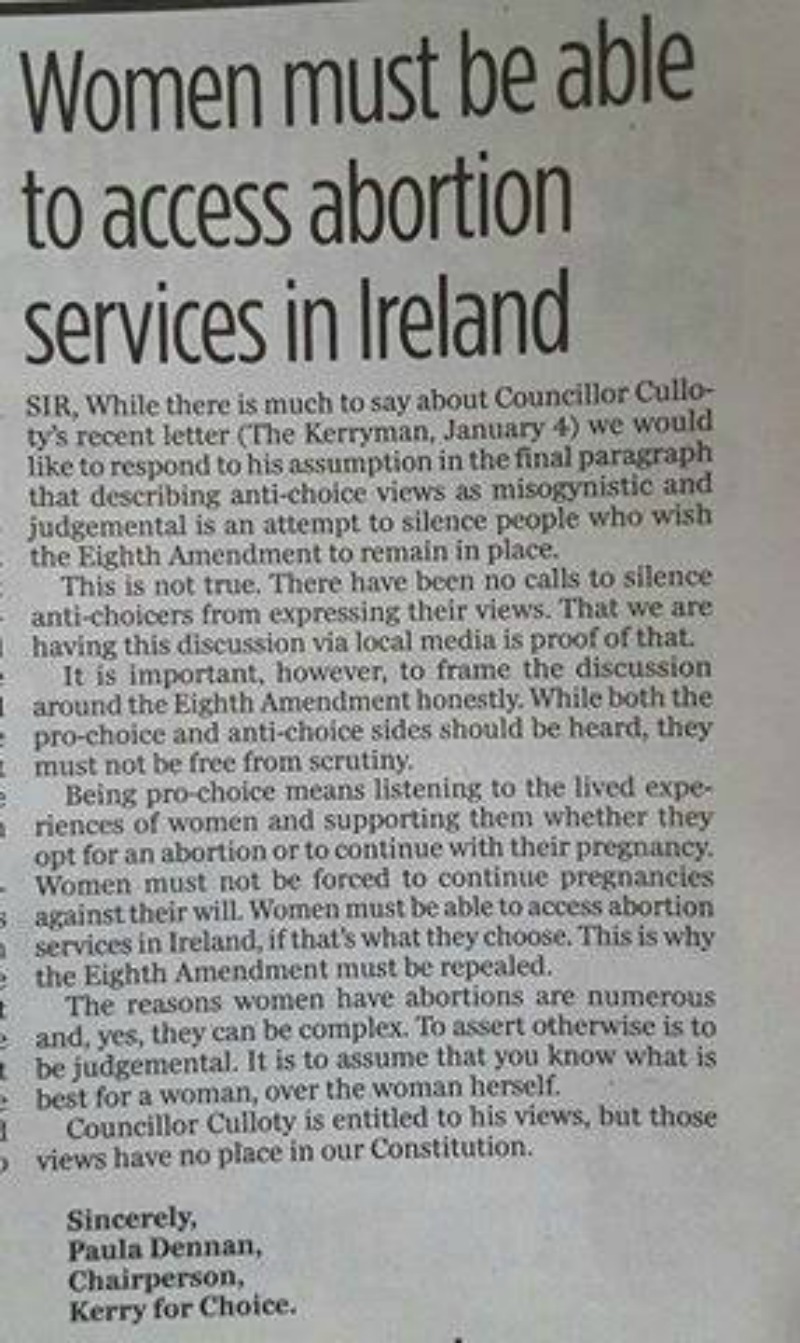 While there is much to say about Councillor Culloty’s recent letter (The Kerryman, January 4) we would like to respond to his assumption in the final paragraph that describing anti-choice views as misogynistic and judgemental is an attempt to silence people who wish the Eighth Amendment to remain in place.

This is not true. There have been no calls to silence anti-choicers from expressing their views. That we are having this discussion via local media is proof of that.

It is important, however, to frame the discussion around the Eighth Amendment honestly. While both the pro-choice and anti-choice sides should be heard, they must not be free from scrutiny.

Being pro-choice means listening to the lived experiences of women and supporting them whether they opt for an abortion or to continue with their pregnancy. Women must not be forced to continue pregnancies against their will. Women must be able to access abortion services in Ireland, if that’s what they choose. This is why the Eighth Amendment must be repealed.

The reasons women have abortions are numerous and, yes, they can be complex. To assert otherwise is to be judgemental. It is to assume that you know what is best for a woman, over the woman herself.

Councillor Culloty is entitled to his views, but those views have no place in our Constitution.