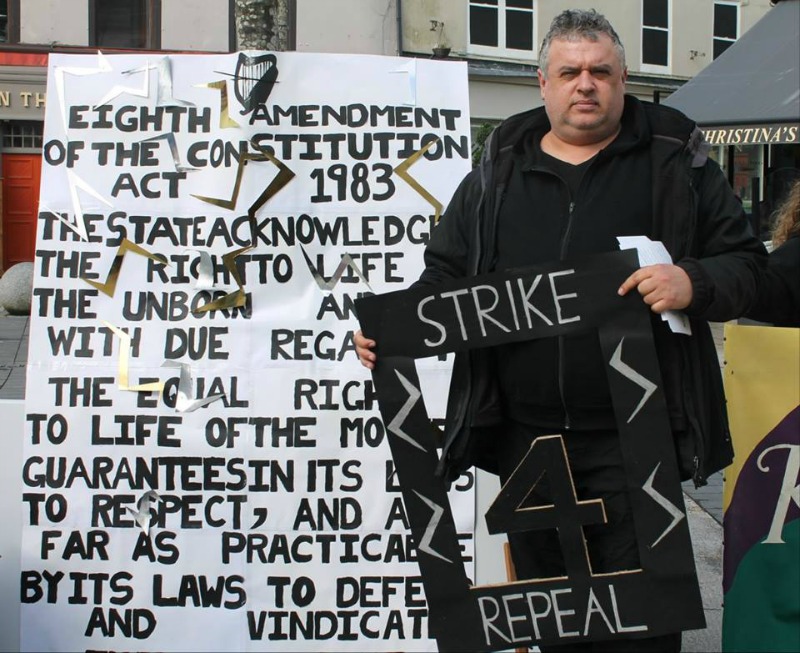 Writing this as a man, i think decisions about abortion should be taken exclusively by women, men may and should help women to be free to decide.

Same’d be similar decisions about the male reproductive system that should be taken exclusively by men.

This article aim is to help women to be free to decide.

1) If abortion was a crime why not preventing it?

Very cruel laws applied in various countries show clearly that they didn’t prevent abortion but they force woman to travel abroad and have abortions later or to have clandestine unsafe abortion which cause many women to have serious health consequences or even die.

Various statistics show that a good information on birth control can lower the abortion rate by 50%. The same groups opposing free abortion are also opposing birth control and sexual education.

Generally in a society with no sexism the abortion rate’d be much lower. In a society with no sexism people’d have sex in a more relaxed, educated and safe way. Now a large number of young and sexually inexperienced people have sexual relationships being very embarrassed, often in a semi-clandestine way, often in a rush, and this causes a lot of unwanted pregnancies.

Mainstream culture is in denial of sexuality while many people watch pornography which is mainly showing unsafe sex.

Sexual education is quite simple, few hours or some web pages can widely cover it. Once in awhile in TV and newspapers, also possibly some movies showing safe sex with birth control, may reduce the number of abortions and unwanted pregnancies a lot. Having less sexism may reduce this number even more.

Early abortion is defined as abortion in the embryogenesis phase, or immediately after, within the first 12 weeks.

In countries where abortion is legal and free and easy to access early abortions are more than 95% of the total abortions. For example : “Norway: In 2005, 2.28% of induced abortions were performed between 13 and 16 weeks, 1.24% of abortions between 17 and 20 weeks, and 0.20% over 21 weeks.” The fact that abortion is free,easy and quick to access and anonymous or confidential increases the early to late abortion ratio much.

In a society where women are free to decide most (almost all?) women will know they are pregnant after 15 days when they miss the first cycle, with a simple test they can confirm it and after a decision can have an abortion, if the abortion can be done immediately it’d be within 3 weeks when the embryo is really few cells.

Denying an abortion to a woman in this phase is a gross violation of human rights. Denying it means the state has more control over a woman’s body than the woman herself without any reasonable argument, which is totalitarianism.

After the initial 12 weeks the foetus starts increasingly to develop the brain and organs, at some point it also may survive outside the mother’s body and it’s not clear exactly when, generally at 27 weeks.

In some cases there are diagnosis that can only be done quite late like if the baby has a bad disease or even can’t survive birth.

However if all women well informed and voting decide to restrict at some point (e.g. 18 weeks), or in some cases (e.g. only allowed when baby has some bad disease), late abortion I’d consider this a reasonable decision and respect it fully.

If voting were also men or only the government I wouldn’t consider it a reasonable decision, it’s women’s bodies, women only should decide.

This piece was written by one of our members. If you would like to write for us about why you are pro-choice or other articles about the Eighth Amendment, email us at kerryforchoice@gmail.com.